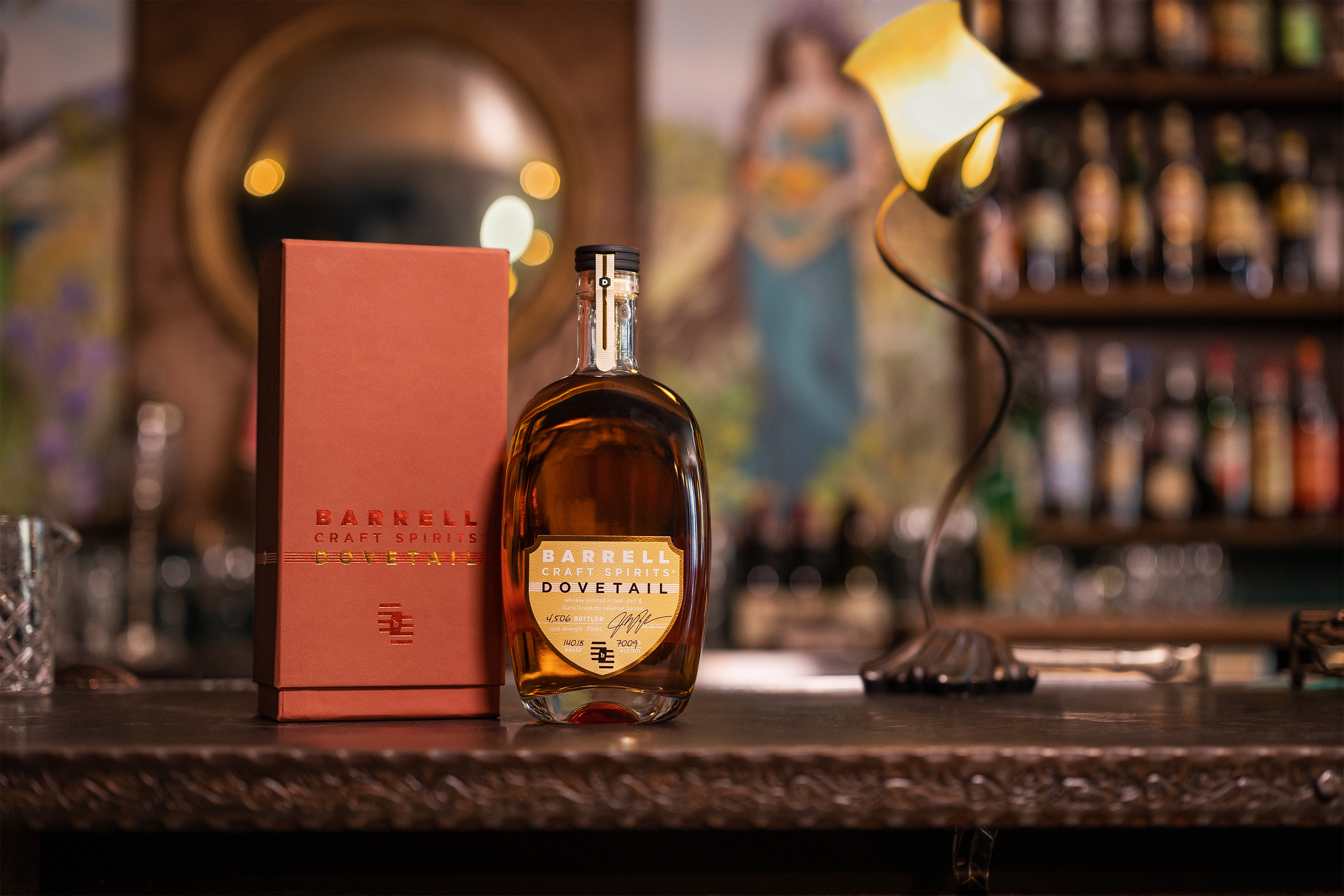 The limited-edition expression contains the same blend of whiskey as it Dovetail counterpart, finished in rum, port and Dunn Vineyards Cabernet barrels. BCS Gold Label Dovetail incorporates whiskeys aged up to 25 years, resulting in a more powerful and robust blend.

“Over the past several years, Dovetail has become a highly regarded expression within the BCS portfolio of products and the American Whiskey world,” said BCS founder Joe Beatrice. “Following the recent success of BCS Gray Label Dovetail, we decided to apply the concept of ‘Dovetail’ to our oldest, rarest stocks. We left these component whiskeys in their finishing casks even longer and included some very high proof barrels to create a blend with an intensity matched only by its nuance and layering.”

Barrell Craft Spirits was founded in 2013 in Louisville, Kentucky with the aim of blending products that explore a variety of distillation methods, barrels and aging environments.

BCS Gold Label Dovetail was distilled in IN, TN and Canada and bottled in Kentucky at 140.18 proof (70.09% ABV). The new expression is now available at select retailers within the brand’s current 49 U.S. markets and online via the BCS website at www.barrellbourbon.com. The suggested retail price for a 750ml bottle is $499.99.