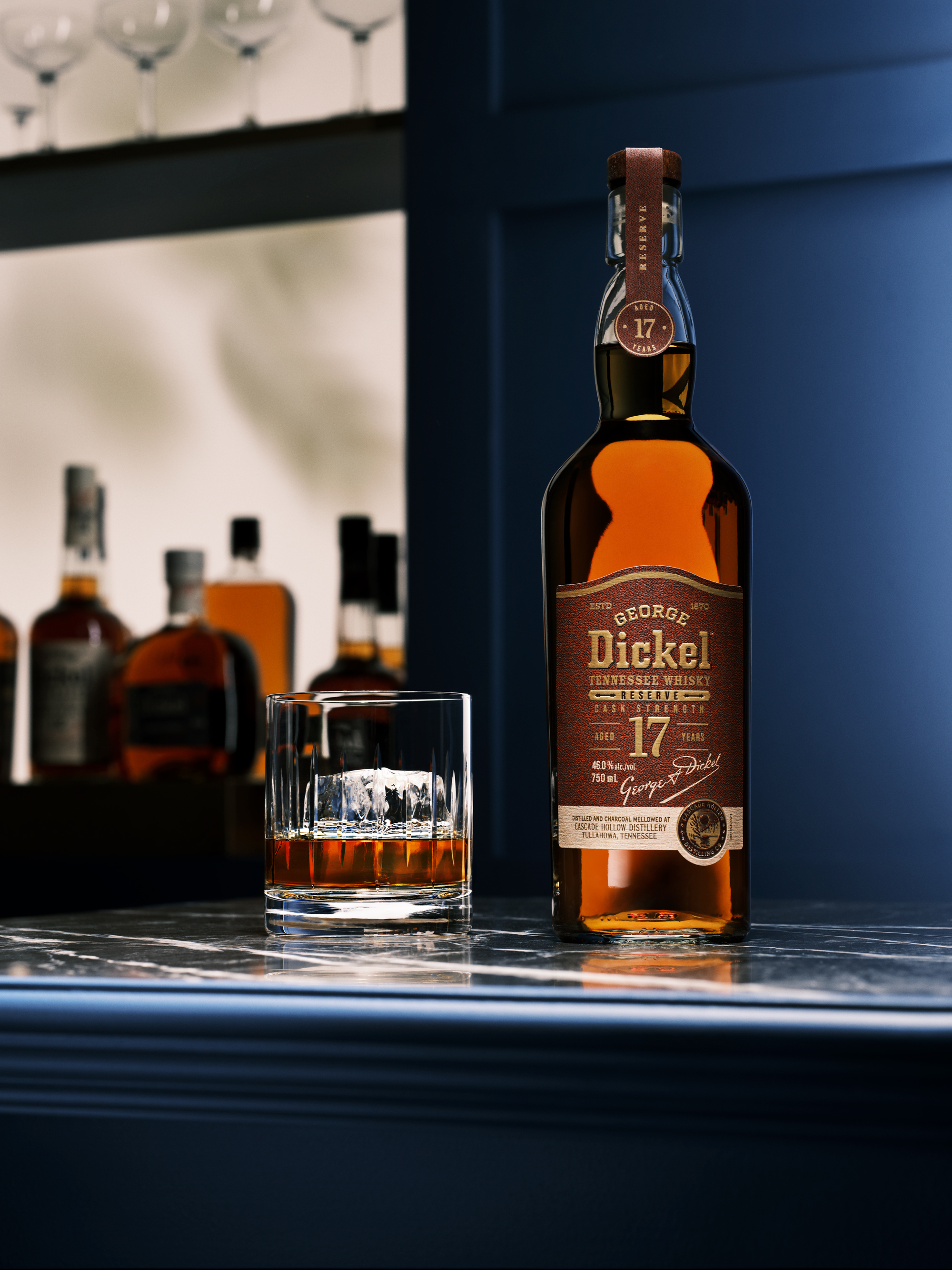 Just in time for the holiday season, the 17-year-old rare Tennessee whiskey returns

After it was first released in 2016 as a limited-time offering, George Dickel has returned with its 17 Year Old Reserve, a rare, aged Tennessee whiskey.

This year’s release is debuting in a larger format than its predecessor, which was a 375ml bottle, this time as a 750ml bottle. George Dickel Reserve is a cask strength expression, aged 17 years and providing the signature notes of Cascade Hollow.

Inspired by the inaugural release and its dedicated fans, Cascade Hollow Distilling Co. general manager and distiller Nicole Austin intentionally searched for barrels that captured the notable components of the original liquid. Consistent with the George Dickel signature mash bill of 84 per cent corn, 8 per cent rye, 8 per cent malted barley, this 17-year-old offering brings a unique tasting experience due to additional years spent in Cascade Hollow’s single-story rickhouses.

“Knowing the impact of the first release of George Dickel 17 Year Old Reserve, the barrels selected for this latest edition were purposefully selected to pay homage to the original offering,” said Austin. “At the same time, in American Spirits of this age, you’re going to see variability. This year’s release offers fans another chance to taste the whisky they love, now even more complex.”