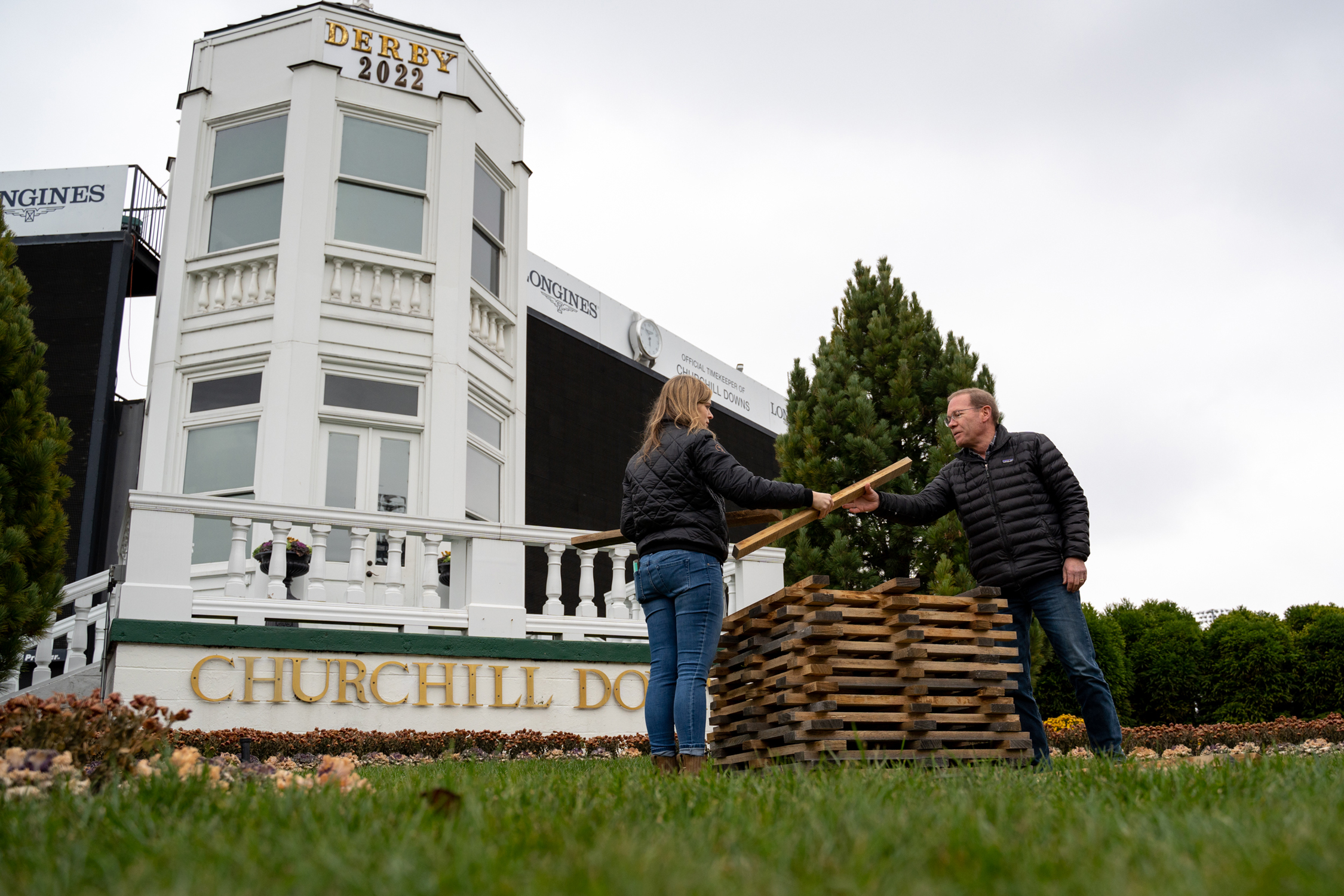 Woodford Reserve became the presenting sponsor of the “Greatest Two Minutes in Sports” in 2018, and has been the “Official Bourbon of the Kentucky Derby” since 1999. The new agreement extends the partnership through 2027.

“We are proud to renew this partnership, as it unites together two of Kentucky’s greatest attractions, bourbon and thoroughbreds,” said Lawson Whiting, president and CEO of Brown-Forman Corporation, owner of Woodford Reserve.

“We are thrilled to welcome back Woodford Reserve as the presenting sponsor of the Kentucky Derby for the next five years,” said Bill Carstanjen, CEO of Churchill Downs Incorporated. “We are pleased to build upon this partnership between two global entities that represent the unique culture and unbridled spirit of Kentucky. Brown-Forman’s brand offerings are the ideal complement to the heritage of this time-honored tradition.”

Looking toward the 150th Derby in 2024, Woodford Reserve celebrated the sponsorship by laying down oak in the Derby Winner’s Circle at Churchill Downs. The oak will be used in a barrel for a very rare bourbon that celebrates the milestone moment. This oak will be “seasoned” for almost two months, allowing the wood to mature in preparation for finishing the whiskey.

“We are excited for the next five years, and we are honored to continue our partnership with Churchill Downs by creating this very special bottle for Derby 150,” said Woodford Reserve master distiller, Chris Morris. “On the first Saturday in May, no matter where in the world we are, we are all Kentuckians.”

In addition to the special bottle, Woodford Reserve will continue to leverage existing partnerships associated with the Kentucky Derby, Churchill Downs, and the Road to the Kentucky Derby (the series of races that determine the eligibility of horses to compete in the race), as well as the NBC tie-in and signage throughout the track.

The extended partnership includes three additional Brown-Forman brands: Old Forester, Finlandia Vodka, and Herradura Tequila. Old Forester returns as the “Official Mint Julep of the Kentucky Derby” and a sponsor of Thurby (Thursday of Derby week), a beloved day at the races. Premium Finlandia vodka celebrates the Kentucky Oaks (Friday of Derby week) with the much-loved Oaks Lily cocktail. Herradura Tequila cocktails will be available at the track throughout Derby week. Each of the Brown-Forman sponsored brands, when consumed responsibly, enriches lives.

The Kentucky Derby, which holds the distinction of being America’s oldest continually held sporting event, has been run without interruption at Churchill Downs since the track’s first race meet in 1875. The 149th running will take place on Saturday, May 6, 2023.