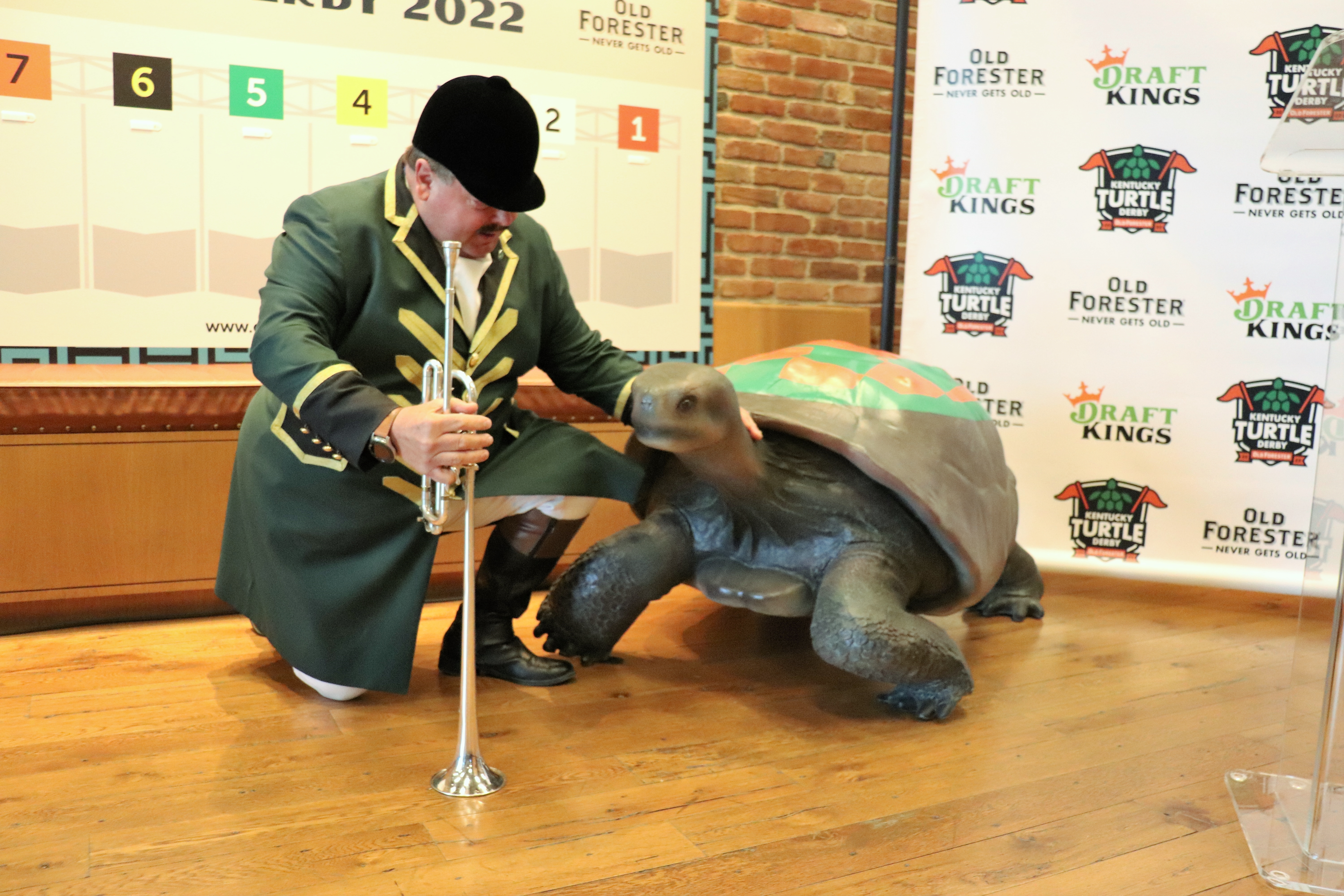 The first Saturday in May is known in Kentucky as Derby Day, but another racing tradition is growing in popularity in the Bluegrass State.

The Kentucky Turtle Derby, put on by Old Forester, is billed as the “slowest two minutes in sports” and will be broadcast in more than 10,000 bars nationwide on Derby Day.

Fans can answer questions about the turtles between now and May 7th at Draft Kings for a chance at a $5000 split pot.

Today the post positions for the turtles were announced:

The Old Forester Mint Julep is the official drink of the Kentucky Turtle Derby. If you can’t get the premade bottled version, it’s easy to make your own at home:

Pack a julep cup with ice. In a mixing glass combine Bourbon, simple syrup, and mint leaves. Muddle mint leaves lightly and strain the mixture into the julep cup. Garnish with spanked mint. Serve with a straw near the mint for the full effect.