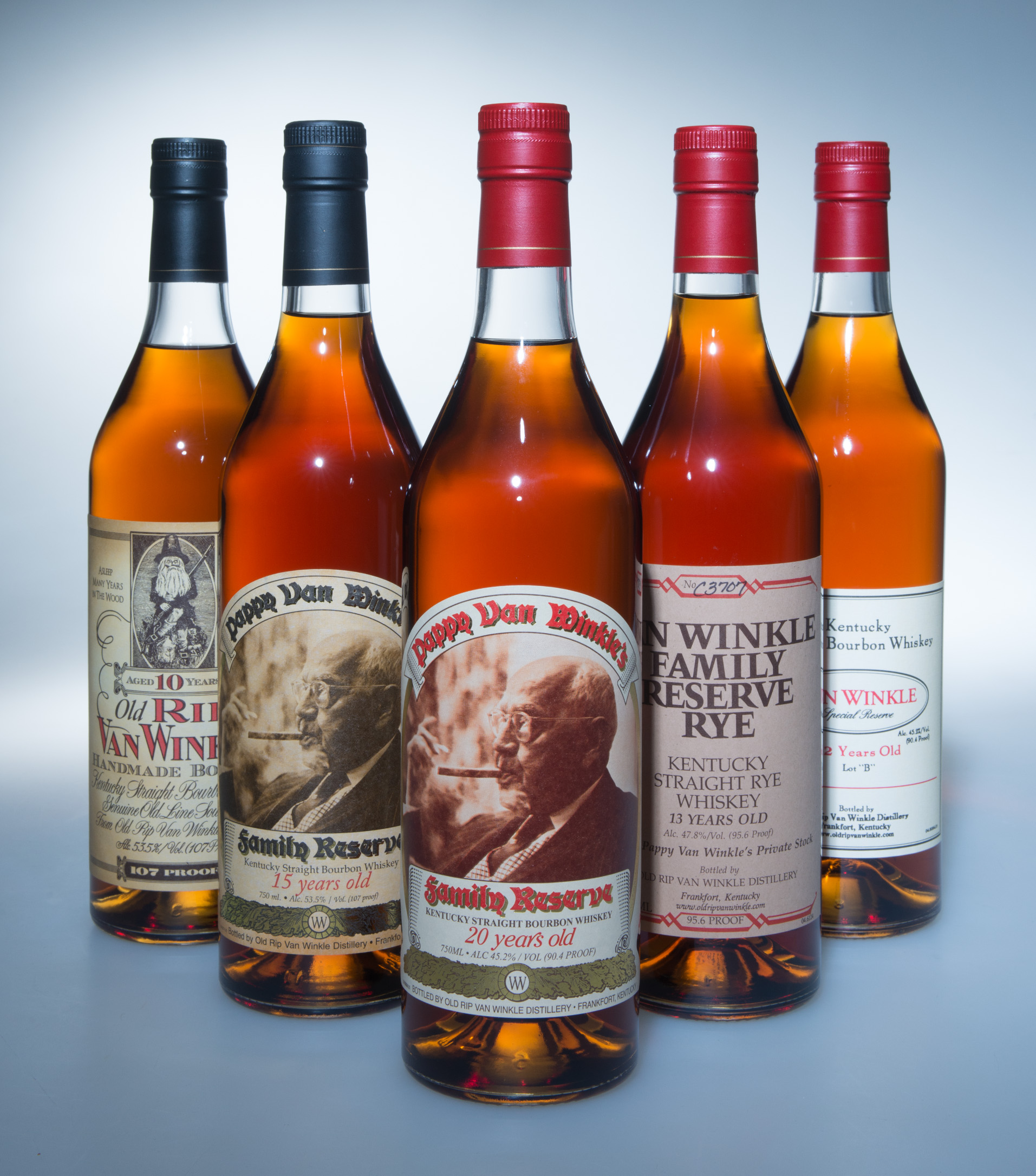 It’s that time of year again – the greatly anticipated annual release of the Van Winkle Bourbons. Similarly to previous years, the barrel yields have been affected by evaporation during the long aging cycle, meaning the liquid is in limited supply.

The Van Winkle Bourbons are known for their smoother and sweeter flavor, which comes down to the use of a wheated recipe, instead of the traditional rye recipe found in the majority of Bourbons.

Each Bourbon in the collection is aged for longer than most others and due to that, has gained an impeccable reputation among whiskey connoisseurs. Although its popularity has spread overseas, very little Van Winkle is sold there, meaning that the majority of these coveted bottles are available in the US.

This year’s Van Winkle collection is made up of several whiskeys, with a suggested retail price as follows:

“Unfortunately we cannot control the price retailers charge, so some retailers mark it up beyond our MSRP, even though we ask them not to,” said Julian Van Winkle, president, Old Rip Van Winkle Distillery. “We are committed to releasing a quality product and hope retailers will honor what we suggest as a fair retail price.”

Upon release of the Van Winkle Bourbons this fall, Buffalo Trace warns consumers to be wary of online resellers, including Craigslist, private Facebook and MeWe groups.

“Trading and selling Bourbon online is an unlicensed and illegal sale.  Purchasing Bourbon online from unlicensed parties is dangerous.  The product may be counterfeit and unsafe.  If you are not a licensed retailer and you are selling Van Winkle products, we are prepared to take action to curtail the activity,” adds Kris Comstock, senior marketing director at Buffalo Trace Distillery.

The Van Winkle Whiskeys will be available starting in November, but please be mindful that supply is quite limited and bottles shall be hard to find in stores, bars and restaurants. They will be packed three bottles per case.