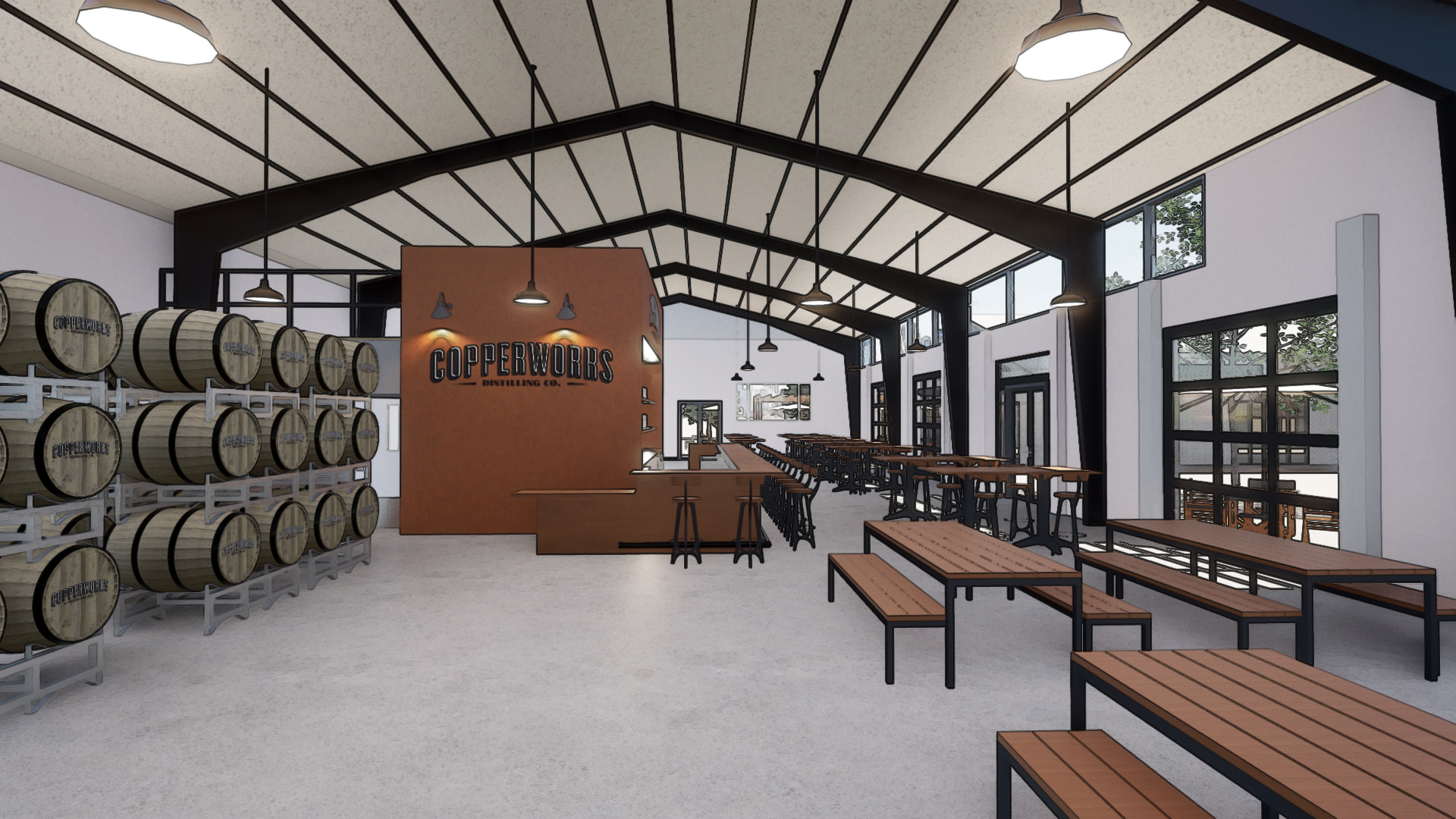 Looking to the future the distilling company is set to open a new restaurant and cocktail bar in Kenmore, Washington State. This will create a space for a new cocktail bar and event space, as well as a production facility.

“Simply put ­– our devoted fans are thirsty for more,” said Jason Parker, co-founder and president of Copperworks Distilling Co. “After eight years in operation, we are overflowing with opportunities. Our customers want craft cocktails and food offerings and to host large private events at Copperworks, but our current space is insufficient to meet the demand.  We aren’t even able to produce enough whiskey to meet customer demand due to limited space in our existing distillery.”

Phase one is now underway in Kenmore, which focuses on creating a new restaurant, cocktail bar, barrel storage warehouse and event centre.

Copperworks has signed the lease for the nearly five-thousand square foot property along the Burke-Gilman Trail, lined up renowned food and beverage experts, and is currently working on sourcing local products. Opening dates have not been determined at this early stage.